Yozo Hamaguchi is widely regarded as one of the finest mezzotint artists in the history of the medium. Hamaguchi studied sculpture at the Tokyo Art School in 1927, but abandoned his studies in 1930 to go to France. After a return to Japan in 1939, Hamaguchi settled in Paris in 1953, during which time he produced copperplate etchings. From about 1955, he began producing black and white and color mezzotints. He was awarded prizes at the Sao Paulo Biennale and the first International Biennial Print Exhibition in Tokyo in 1957. His first solo exhibition, which comprised over 160 prints, was held in Japan, at the National Museum of Art in Osaka. Hamaguchi’s mezzotints and virtuoso works have led to the present day popularity in this technique. 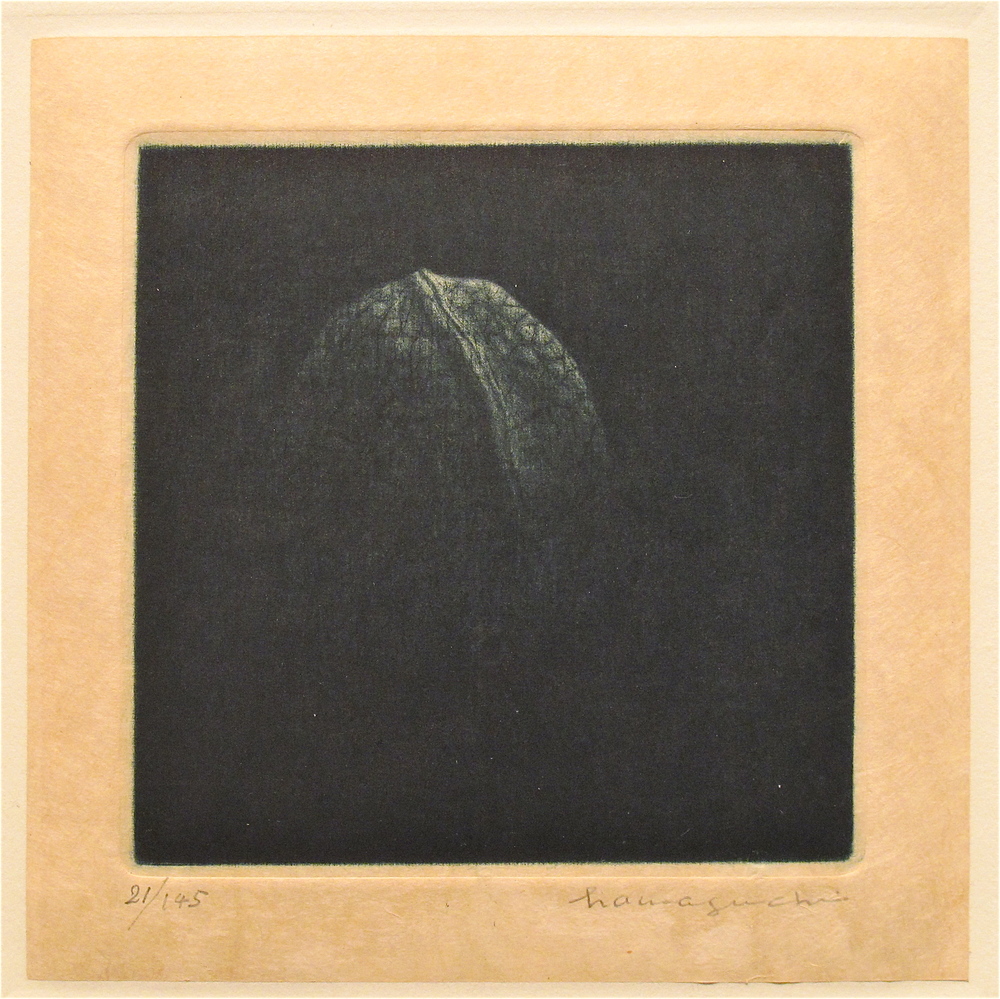