Utilizing the flattening of figures, non-western iconography, and hybrid figures, Wifredo Lam developed a pastiche of Surrealism and Cubism that related himself to modernism while also commenting on the impacts of colonialism in Cuba. His works incorporated similar motifs found in Cubism, such as African masks and sculptures, but reintroduced them within their rightful domain. Lam adorned many of his figures with masks that were inspired by several different culture groups of Africa; these masks were usually the definitive feature for each figure in his work as many of them were almost indistinguishable from one another through his stacking of figures. Many of his works demonstrated his understanding and respect for Santería, a religion that traces back to the Yoruba people of Africa, further associating Lam and his paintings to his African roots. The orishas and their mounts symbolized the Afro-Cuban community who Lam encouraged to fight against racial degradation brought about by colonialism. Supplying weaponry to the Afro-Cubans through images of weapons and his actual paintings, Lam believed that an uprising was essential to creating a better life for this community who, although free, still felt the wrath of colonialism through racial discrimination and prejudice. 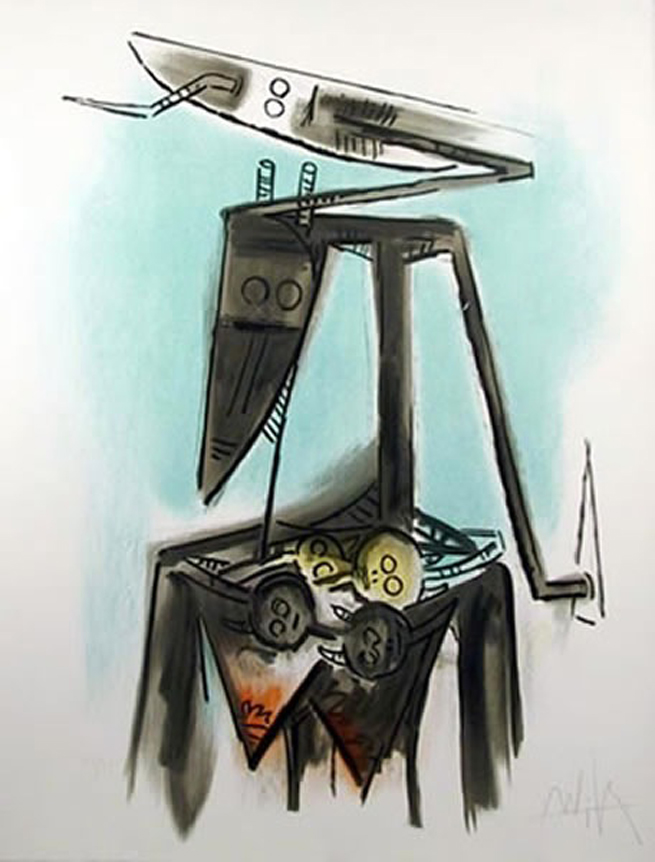 From "Le Regard Vertical" by Wifredo Lam, 19.5in x 25.5in, lithograph on Japan paper 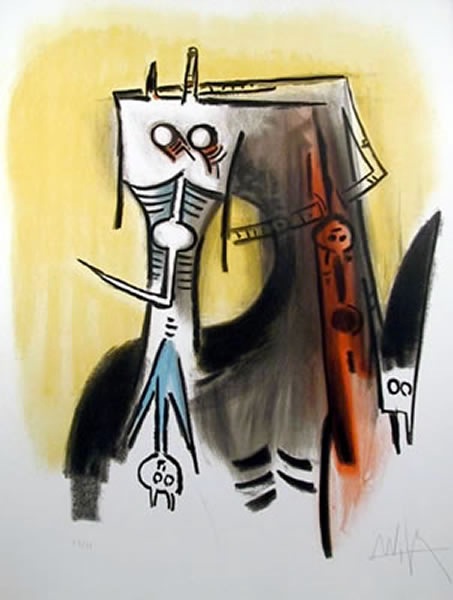