Matta’s acquaintance with Dali and Breton strongly influenced his artistic formation and subsequently connected him to the Surrealist movement, which he officially joined in 1937. He was in London for a
short period in 1936 and worked with Walter Gropius and László Moholy-Nagy. Matta’s employment with the architects of the Spanish Republican pavilion at the Paris International Exhibition (1937)
exposed him to Picasso’s Guernica (1937; Madrid, Prado) which greatly impressed him and influenced him in his work. At this time, he was introduced to the work of Marcel Duchamp, whom he met not
long after. He later went to Scandinavia where he met the architect Alvar Aalto and then to Russia where he worked on housing design projects.

The summer of 1938 marks the evolution of Matta’s work from drawing to painting. Roberto completed his first inscape oil paintings while in Brittany and working with Gordon Onslow Ford in Brittany. Forced to leave Europe with the outbreak of war, Roberto arrived in New York in the Fall of 1938. In an article by Kathy Zimmerer of Latin American Masters, Beverly Hills, she describes Crucifiction [1938] as:  “evolving biomorphic forms that mutate and flow across the surface of the canvas Matta’s fluid realm of space cushions their journey. His luminous palette of deep crimson, yellow, blue and black, defines and outlines the organic forms as they undergo metamorphoses.” 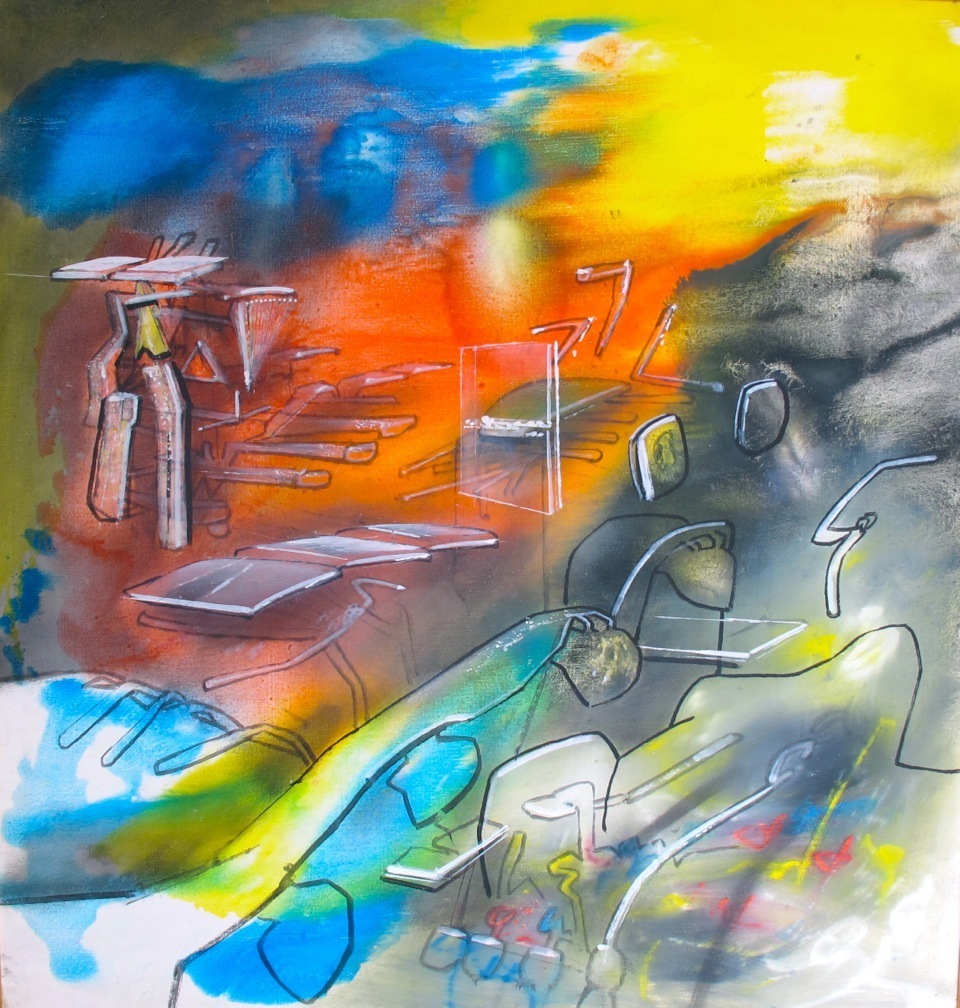