In drafting this brief biography of Mimmo Paladino, I should like to start with the closing words written by the philosopher Arthur Danto in his essay for the Milanese anthology of the artist’s works: “[…] I must declare the eminence of Mimmo Paladino in the ranks of contemporary art. This is especially true of the outdoor installations. Nothing touches the great Mountain of Salt he created for Piazza del Plebiscito in Naples with its band of strewn archaic horses. The art world of the past quarter century has nothing to compare with it. There is something magically alchemical in the vision of archaic horses floundering up a pyramid of salt”.1 Here we find three observations that perfectly encapsulate the artist’s entire creative career, to an extent sanctioning the somewhat complex nature of his work. Danto was a keen intellectual who knew how to weigh his words, using them to convey a rich array of effects, with a well-structured understanding of contemporary art. In an almost solemn tone, he indelibly indicates Paladino’s position on the international scene, pointing to his eminence. The word “eminence” ultimately comes from the Latin eminens, which refers to a dominant role with regard to a subordinate one. Then there is the point he makes about the “outdoor installations” and, in particular about the Mountain of Salt, which, even though it dates from the 1990s and thus from the artist’s maturity, is a perfect blend of the methods that, ever since his artistic debut, Paladino has used to deal with the relationship with space – including urban space and in relation to his paintings. Lastly, there is a clear reference to a vision that is “magically alchemical” or, to put it more prosaically, to what I would call his instinctive ability to view objects as composite elements, which he brings together to create a new reduction of meaning.

Paladino was born in Paduli, Campania, on December 18, 1948, but grew up and trained in Benevento. He now lives in Rome and Milan, but still has a studio in the little town near Benevento. It should not be forgotten that the Longobard originality of the town and of the Sannite land is very much a part of what shaped his esthetic concepts, with the constant overlapping and emergence of the styles that were such a feature of the local culture from pagan times through to the papal period.

He made his debut in 1968 with a solo exhibition at the Galleria Carolina in Portici (Naples). Here he was presented by Achille Bonito Oliva, who was also present for the monographic show at Enzo Cannaviello’s Studio Oggetto in Caserta the following year. However, we need to go back to 1964 to find the first major date in his artistic education. This was when, still a schoolboy, he visited the 32nd Venice Biennale and, in particular, the U.S. Pavilion, where he discovered the American Pop artists. In the early 1970s, his approach shifted towards conceptual art and photography, but by the mid-decade his painting had acquired considerable importance and appeared in a manifesto work, Silently, I Am Retiring to Paint a Picture, which was shown in a room in which also the walls were painted. The aim was clearly a return to painting, as the principal place of narration. This was not to recapture the aspirations of the fifties and sixties, which in Italy reflected a painting tradition linked to pre-war artistic research, but rather to make a break with the influences that repudiated painting in the strictest sense, on which he intervened with a series of circular linguistic and semiotic interactions.

In the late seventies, Paladino moved to Milan, where he later taught artistic disciplines at the Liceo school, while also working on his art. In 1977 came his first collaboration with Lucio Amelio, the historic gallery owner in Naples, and two years later he put on his first exhibition with another key gallerist, Emilio Mazzoli of Modena, for whom he made his first book-object – En-De-Re – in 1980. This was indeed another crucial year, for it was when he put on his first solo exhibition in New York (where he had just taken up temporary residence), in two different galleries – those of Maria Goodman and Annina Nosei. International interest in his work and in that of other young Italians was growing, and in 1980 a traveling exhibition took works by Sandro Chia, Francesco Clemente, Sandro Cucchi, Nicola De Maria and Paladino, together with two other artists, Luigi Ontani and Ernesto Tatafiore, to three of the most important museums in Europe. It was also the year of the 39th Venice Biennale, where Harald Szeemann and Achille Bonito Oliva curated the Aperto section, choosing some of the artists who were to make their mark on the art scene for many years to come. It was here that Transavanguardia became more firmly established, with its theoretical structure being published the following year. The arrival of the young Italian painters was seen by many as a breath of fresh air and a key exhibition like Zeitgeist, in Berlin, certainly indicated their progress, with German-speaking countries as the first to promote their work. Paladino’s career, like those of his colleagues, has included considerable collaboration with artists, intellectuals and musicians, and yet, more than others, Paladino has always managed to appear with a form of creativity that is inquisitive and open, but always personal. He goes beyond the purely pictorial and, ever since 1983, he has strayed into sculpture (his first work, Closed Garden, is now at Castello di Rivoli) and engraving. However, his basic conception is always pictorial, even when three-dimensional, as in the case of It Will Have No Title, with the use of geometrical elements applied to the environment, the first result of which came in 1995. Painting, sculpture and engraving were the three media that most inspired his style throughout the following years and one might well assume that this is the ‘‘eminence” that Danto refers to, since it was clear that – like few other artists of the twentieth century – Paladino always revealed a different ambition in each discipline. In 1988 the critic Giovanni Carandente entrusted him with the main gallery in the Italian Pavilion at the 43rd Venice Biennale. Here Paladino showed an installation in which the management of space – created in part by a pictorial approach to sculpture – was of great impact. This type of approach returned in the early nineties in the Hortus Conclusus in Benevento, a garden in which architecture, the environment and objects all combined to form the work. These creations, which had a mysterious, “alchemical” air about them, emerged like apparitions, as constant epiphanies. This is an aspect that I find constantly in the work of this artist, who in 1994 was the first Italian to exhibit in the Forbidden City in Beijing. Here the views formed a complementary backdrop to the works on show, and this became a constant feature of all his urban projects. The Mountain of Salt dates from 1990. Originally created in Gibellina, it “appeared” in the Piazza del Plebiscito in Naples in 1995 and later, in 2011, in the Piazza del Duomo in Milan, when the city dedicated a major retrospective to him on the piano nobile of the Palazzo Reale. The nineties was a time of great experimentation and it is no coincidence that the Mountain became its symbol. The new millennium, as well as bringing a large number of exhibitions in which he was the protagonist or a guest, also brought the use of video. In 2006 Paladino made his short feature film Quijote, devoted to the work by Cervantes. Presented at the Venice Film Festival, the movie captures the essence of the art of the masterpiece in a highly imaginative series of evocations, sounds and inventions. Great literature is an underlying thread that, over the years, has led him to illustrate the icons of world culture, such as Tristes Tropiques, Ulysses, the Homeric poems, Pinocchio and, of course, Don Quixote. Paladino was back behind the camera in 2013 to film Labyrinthus for the fourth centenary of the death of the madrigal composer Gesualdo da Venosa. Here too, his collaboration with the world of music goes back a long way, with numerous mises en scène for opera houses, the creation of opera posters for Maestro Riccardo Muti and requests for music for his installations, as was the case in 1999 with Brian Eno for Sleepers, in London and then, in 2008, for the Ara Pacis in Rome.

In 2013 he was commissioned to make a monumental installation for the Piazza Santa Croce in Florence, where he used blocks of marble and bronze sculptures for a large temporary project (263 x 164 ft), creating a sort of enormous cross in which the public could move freely. Even though it is becoming difficult to list all his exhibitions and publications, what is important is the care with which Paladino achieves his artistic mission in the allotted space, as can be seen in his latest creation for the 55th Venice Biennale in 2015. Whether it is a painting, a piazza, the pages of a book, or the galleries of a museum, it is his all-embracing vision that makes each element a crucial component of a complex project. A project that always attempts to seize the opportunities rather than the limitations of the world. In 2016 He creates a large-scale exhibition for Frederik Meijer Gardens & Sculpture Park in Grand Rapids (MI), USA and a retrospective show at Galleria Stein, Milano (F. Arensi in J. Antonucci, Mimmo Paladino, Frederik Mejier Gardens & Sculpture Park, 2016)

Mimmo Paladino is married to Imma, and has one daughter, Ginestra, and three grandchildren, Ettore, Leandro and Pietro. 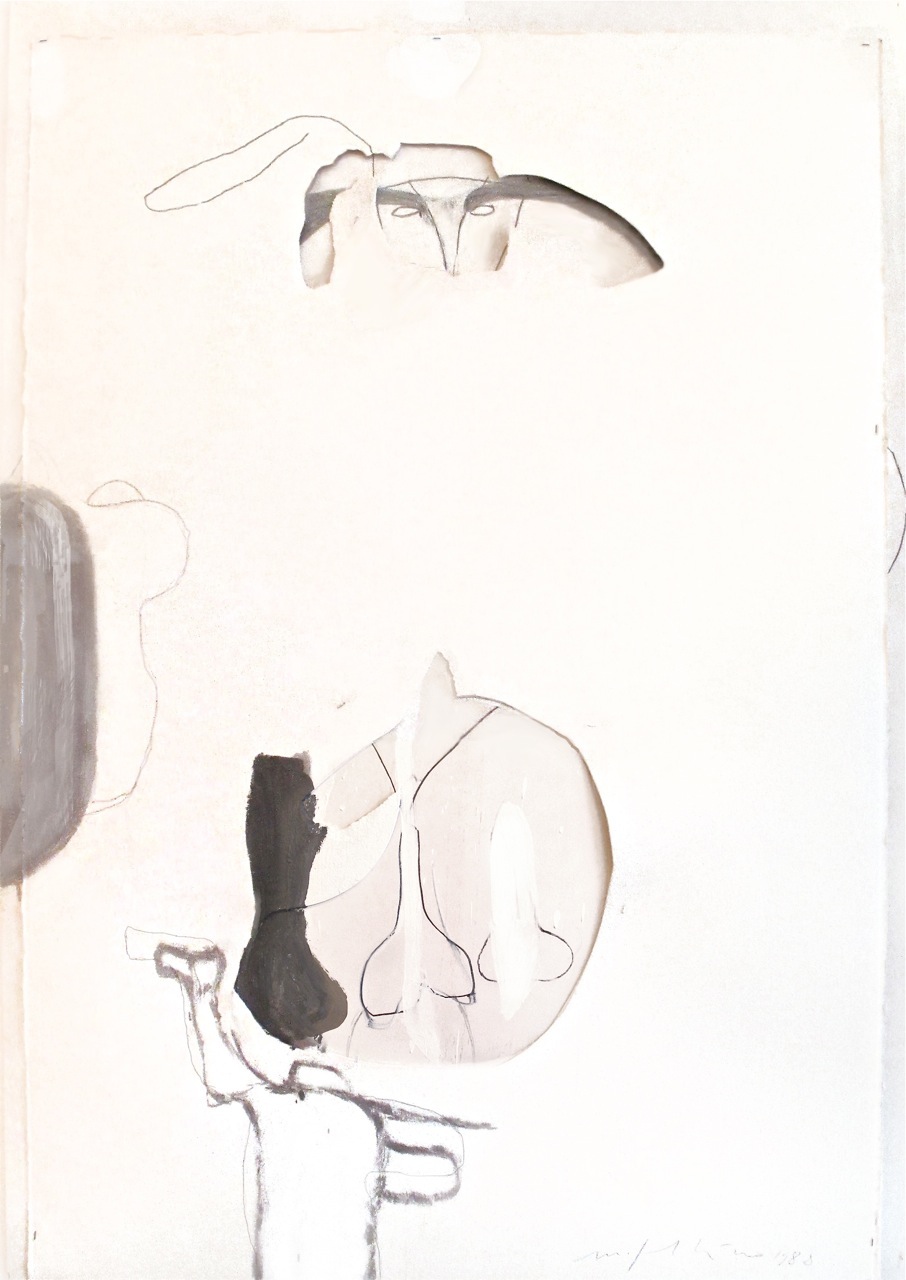 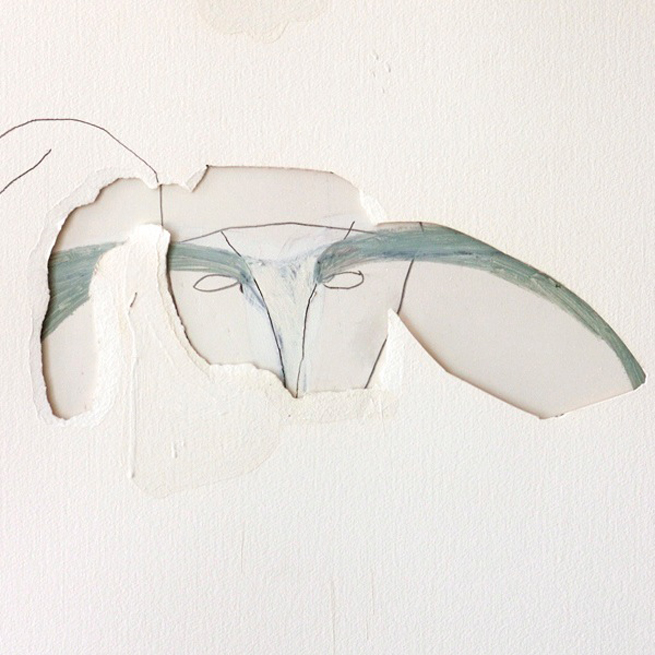